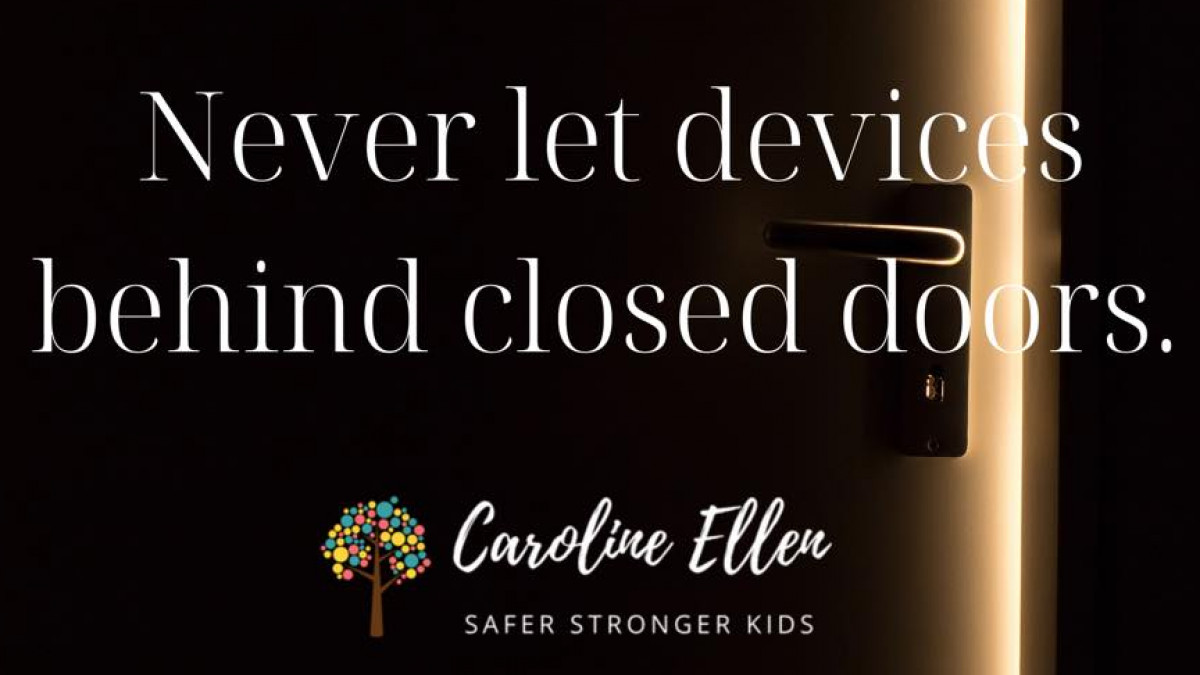 Predators have always sought out easy access to children. This is not new information. In the past, they had to put in some effort.

They had to get jobs, or hobbies, that gave them trust, access, and opportunity. They took time to build reputations, and gather power. They leveraged off those positions, to ensure that few dared question them, and those that did were easily silenced.

Either that or they built such positive, close relationships with families, that no-one ever even thought to look for their true intentions.
Plenty still do take this road. Over 90% of in-person abuse is perpetrated by someone known and trusted by the child - that’s a statistic we can’t afford to forget.

But while they might choose to put in that time and effort in real life, they no longer have to.

In spite of our working with children checks, our policy development, our raised awareness, our hard-working charities and police forces; the truth is, the world has made life so much easier for them to get exactly what they’re after.

They no longer even need to leave their own house.

Instead they only need to turn on their computer, or pick up their phone. They can look up the latest app, and create a profile.

And suddenly, there they are. Building relationships and spending time with our children in a way that we would never dream of allowing in real life.

In our children’s bedrooms. Following them around the house. Contacting them directly. Right under our noses, yet completely invisible to us, all at the same time.

Some pretend to be a child themselves; others don’t ever bother.

They request photos. They suggest games. Private, inappropriate games (but our children have no way of knowing that, unless we’ve been a step - or more - ahead, and made sure our children know their body safety rules).

Again they praise. They share pictures, and videos, normalising sexual activity, teaching our children that this is just “what people do”, or “how they show they care”.

Then, at some stage, they’ll threaten. They threaten with the pictures they have, they threaten with “nobody will love you”. “You have to keep it a secret. Nobody would believe you.” “You’ll be taken away”. “It‘s all your fault”. They ask for videos.

They ask and ask and ask, until children can bear no more. And of course, they should never have had to in the first place.

We wouldn’t let a stranger into our houses, into our child’s bedroom, to play behind a closed door. We wouldn’t dream of it. So why on earth do we do it with a screen?

At a wedding recently, I was asked - “but what actually happens? Do they ask to meet the child in person?”.

Maybe - and harm will certainly ensue if they do. But actually, the answer doesn’t matter. Because - as I’ve said before - when abuse happens only online, it doesn’t make it any less real.

The ramifications can still last a lifetime.

You might think I’m writing this to be over-dramatic, or that I’m over-stating the risks. You’ll just have to trust me when I tell you I’m not. In fact there’s so much more I could say.

It’s obviously true that the internet has brought us so much good. Our screens can bring creativity, connection, convenience.

But if you want the good, and not the bad, there’s a decision you need to make.

Because we all get tired, especially right now.

We all need to get stuff done, especially right now.

We all have a lot to deal with, especially right now.

That’s why I’m writing this post even though I know you already have enough to worry about.

If you make this decision, and you stick to it, you will never, ever regret that. But you may very well regret it if you don’t.